Although they avoid specific questions about their relationship status, Taye Diggs and April Jones didn’t hold back on their PDA. For months, the pair have maintained an online presence that exudes healthy, happy, and in love vibes. While we may not be sure when their honeymoon phase started, it’s pretty clear that the phase isn’t over yet. And that’s what the Innanet is for!

I’m not into celebrity relationships at all but Taye Diggs and Apryl Jones put a smile on my face 😭💯 they’re so freaking cute.

Apryl Jones and Taye Diggs are such an unexpected match. I like it though!

Here are seven times that Apryl and Taye pulled hearts racing, knocked fun bones, and inspired all those warm feelings of the honeymoon season!

1. When Taye Diggs said he felt blessed to be loved by Apryl Jones

Taye may have dodged the dating question in July, but just over a month later he declared Apryl’s love a blessing. In a short, sentimental, and sweet video clip, Taye opened up about being incredulous about his blessings. He credited the birth of his son and his long acting career as blessings before turning his attention to Apryl.

“And then the fact that this woman is in love with me,” Taye said. “That’s how I know, praise you, Lord, Jesus, Buddah, or the universe, because somehow she’s… with me. So, for all the people out there who don’t believe there is a God and not a higher being and force, f–k y’all and I know there’s a reason that cares about me.

Taye Diggs says he feels blessed to be loved by Apryl Jones! 💍🔔👀 pic.twitter.com/VJHVVoRUxj

Conversations continued to swirl in February as they made their red carpet debut. Taye apparently invited Apryl to a private screening of his film Incarnation, and after the event, the two shared some love on the gram.

Since then, they’ve appeared on at least two other red carpets, including an Oscars afterparty and the Critics’ Choice Awards. 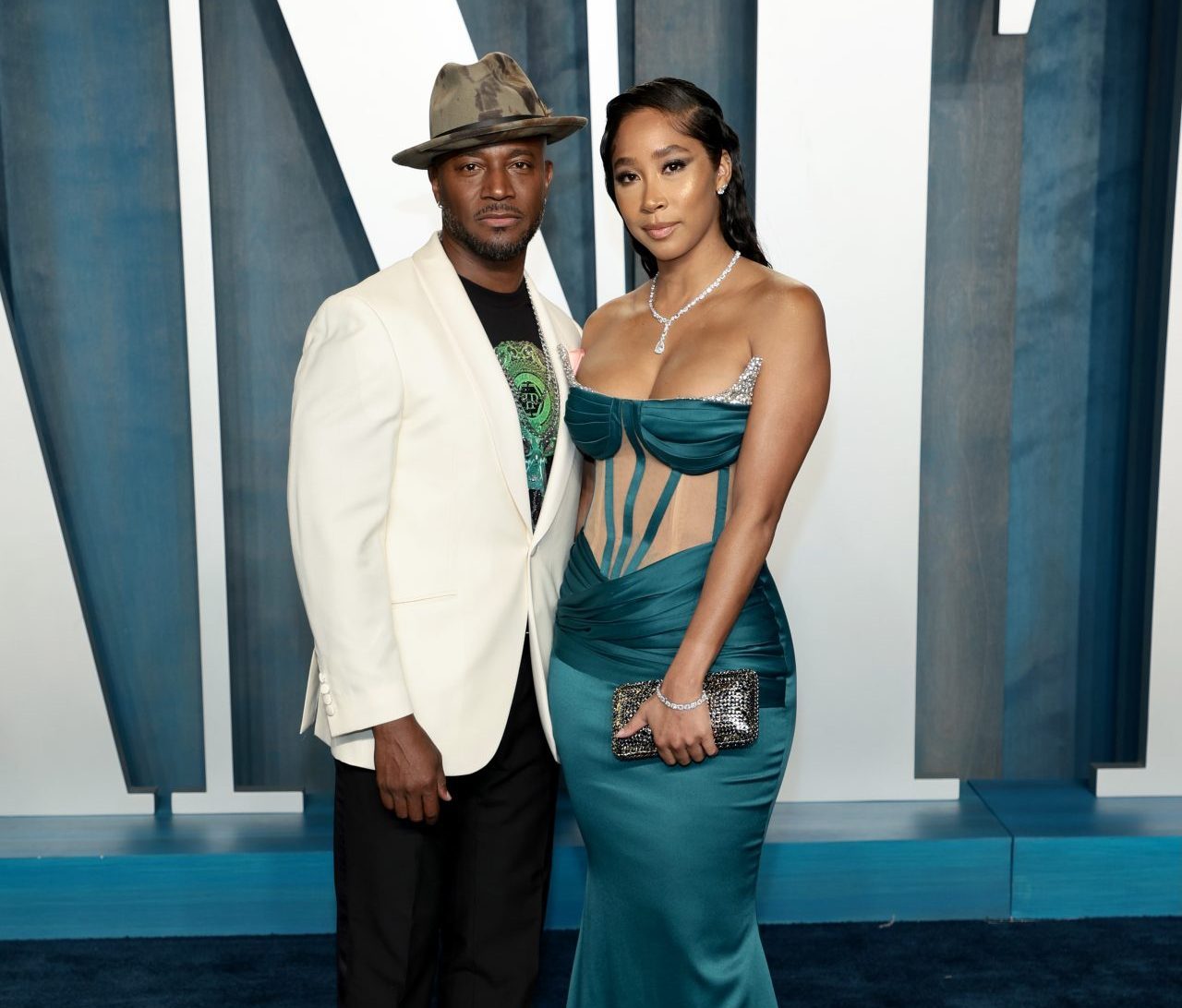 3. When Taye & Apryl sing, dance and act together

One thing about her, Taye and Apryl are gonna practice those singing whistles! Their belting videos together are a popular reference for the couple. On-key or off-key, the vibe is typically playful and airy.

Like the singing, the couple’s movements often cause laughter – from both them and their viewers!

And we can’t forget Taye tapping into his acting coach and character bag and taking Apryl along for the ride!

4. When Taye & Apryl freaked out about Apryl farting in bed

Let Apryl and Taye set the example if you ever needed a sign to stop busting your guts by holding back farts for Bae. Their love seemed to turn a literally stinky moment into loud laughter!

5. When Taye interacts with Apryl’s children

Choosing to be with someone who is already a parent means understanding your baby comes as a package deal for their young (or grown) children. As of this writing, we have yet to see Apryl publicly interact with Taye’s 12-year-old son, Walker Nathaniel Diggs.

However, Taye’s relationship with Apryl’s six-year-old daughter A’mei and seven-year-old son Megaa seems to reflect the goofy mood he shares with her mother.

The PDA. The smile. The captions. Do we need to say more?

7. When Taye & Apryl went to Bora Bora for a baecation

Finally, *fingers crossed*, Taye and Apryl’s baecation in Bora Bora is proving to be just as entertaining as their shenanigans on the mainland!

Salesforce is concentrating on 25% working margin in 2026

Lengthy Covid has an ‘underestimated’ function…