For the first time, President Joe Biden was responding to reports that federal prosecutors may have enough evidence to charge his son Hunter Biden for tax crimes and perjury after lying about his history of drug abuse while buying a gun.

Hunter Biden bought the gun at a time when he had publicly admitted he was struggling with an addiction to crack cocaine and is now under investigation because federal law requires gun buyers to swear they are addicted to drugs CNN.

In an interview with the network’s Jake Tapper, the president said he’s proud of his son for confronting and overcoming his battle with addiction and “building a new life.”

“This is a child who – not a child, he’s a grown man – he became addicted to drugs, as has happened to many families. He overcame that. He’s built a new life,” Biden said.

The president went on to say that Hunter’s 2021 memoir Beautiful Things told Tapper he was “proud of him.”

“I’m confident he is – what he’s saying and doing is consistent with what’s happening,” the president said. “And for example he wrote a book about his problems and was open about it. I am proud of him.”

President Biden spoke specifically about the gun purchase incident, saying, “Didn’t know anything about it.”

However, Biden said he has “a lot of faith in[his]son” and “he’s on the right track and has been for a couple of years.”

“So I have a lot of faith in my son,” he continued. “I love him and he’s on the right track and has been for a couple of years. And I’m just so proud of him.”

The FBI, IRS, the Justice Department and the Delaware Attorney’s Office have reportedly pooled all of their resources to build a case against the president’s 52-year-old son, the outlet previously reported.

Discussions between authorities included the strength of the case and whether further work was needed before charges against the president’s son could be pursued. 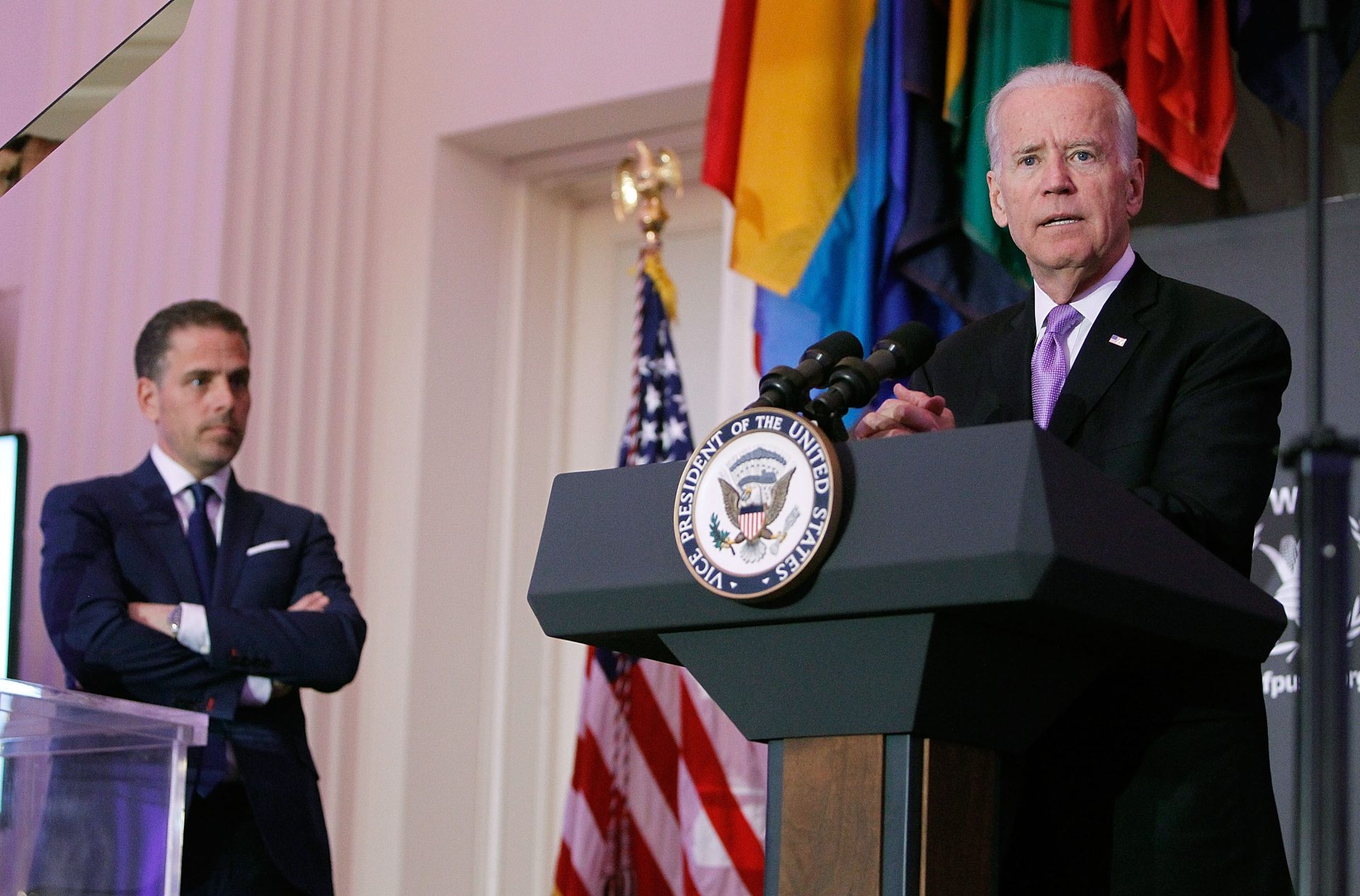 Investigators and prosecutors argue they already have enough evidence to press charges, but the final decision rests with Delaware US Attorney David Weiss and likely won’t be made until after next month’s midterm elections.

A Hunter Biden attorney did not immediately respond to CNN’s request for comment.

In mid-July, Hunter Biden was one of the top trending topics on Twitter amid reports that his iCloud was allegedly hacked by an anonymous source, per The shadow room.

A video of Hunter making the rounds on social media in which he was allegedly seen weighing a large amount of crack cocaine. Some critics also claim he spoke to a prostitute, which has yet to be confirmed.

According to Vice News, Hunter’s iPhone data leak went viral on a platform called 4chan, where an anonymous user claimed to have hacked his iCloud backup. The user claims to have found all sorts of sensitive information about Hunter and his father, Joe Biden.

Hunter Biden is caught smoking crack on camera and begging his father for $10,000 to pay the Russian prostitute

in the same month, The shadow room reported that Hunter called his father and begged for $10,000 so he could pay an impatient prostitute who had ties to a Russian escort ring, the video showed.

The damning video was discovered on Hunter’s abandoned laptop and made public by the Washington Examiner in July.

Hunter allegedly spent over $30,000 on escorts, most of whom used Russian “.ru” email addresses, who worked at an “exclusive modeling agency” called UberGFE for nearly four months between November 2018 and March 2019. reports the outlet.

The largest dangers of utilizing health trackers to observe…